A few weeks ago Digital Trends posted a useful, layman-friendly guide to the emerging technology of quantum dot technology and its impact on future TVs. Essentially the technology improves upon existing LCD screens by using semiconductive nanocrystals to produce faithful representations of colours (especially white). Though black levels still pale (pardon the pun) in comparison to OLED, quantum dots nonetheless improve the colour reproduction of those less costly LCD screens. Whatever the benefits or drawbacks, I find the technology behind the screens utterly fascinating.

Back in 2013, CNET offered its own jargon heavy guide to the same technology for those interested:

The one and only stargate: The black hole at the centre of Nolan’s latest, Interstellar

If for no other reason than its fully working model of a black hole (that required 800 terabytes of data to capture), Nolan’s Interstellar will undoubtedly secure a vaunted space in the realm of science-fiction (or is it now more appropriate to label it as science-fact?):

I am certainly looking forward to the scientific articles that Kip Thorne, the movie’s scientific consultant, is set to write after seeing the fruit of thirty years of work modeled before his keen and scrutinizing eyes. Whether I’ll understand any of it is a different subject to anticipate. 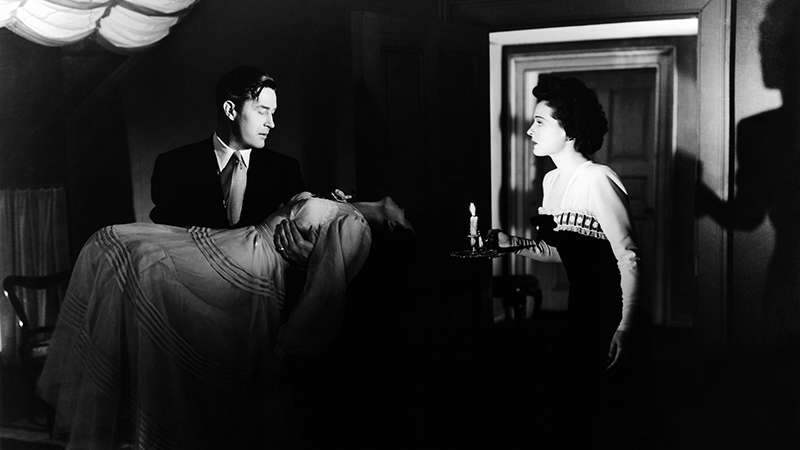 If you’re looking for something inspiring to read, check out Farran Smith Nehme’s essay about Lewis Allen’s most successful and popular film, the 1944 ghost story The Uninvited starring Ray Milland, courtesy of the Criterion Collection.

The alacrity by which such troves of insight are revealed should serve as an examplar for any piece of film analysis, be it a review or essay. Amateurs and professionals alike should study its form and nuances to glean what insights they may from it. Everyone else, may I recommend a double-feature of Allen’s The Uninvited with Hitchcock’s most ostensibly gothic masterpiece Rebecca?

Nehme also runs her own blog, Self-Styled Siren, which is similarly filled with brilliant monographs about cinema.

Max Tohline, a professor at Ohio university, provides a fascinating investigation into the overabundance of branding in Jurassic Park:

I was struck by his reference to cathexis and consumption surrogates, since that is precisely how I, and I suspect many others, approach this movie: as a voracious carnivore glutting on its content. If you want to talk about morbid accumulation: I grew up, as all my friends did, on watching the film, reading the junior novelization (and later the original novel), playing with the toys and the SNES videogame adaptations. It may be that I have seen the film so often that it almost takes on a surreal jamais vu (similar to when one repeats the same word over and over until it loses all meaning). My over-consumption and subsequent satiation corresponds, in a way, to the response of Dr. Grant when he first sees the dinosaur: a kind of catatonic stupor that defies articulation. One which leaves the good doctor with little more to say than a meagre whimper, “it’s a dinosaur”. I think the correlation between the responses of a fictional Dr. Grant and my own speaks volumes of the affective power of Spielberg’s film–at least over me. Over twenty years on and I’m still pointing indiscriminately at the screen and raving, if only to myself, “it’s Jurassic Park”.

As an ardent fanatic of Stanley Kubrick’s seminal sci-fi film 2001: A Space Odyssey, I knew that Kubrick had toyed with the idea of including aliens, but I had little knowledge of the actual designs that Kubrick was toying with for the film, and which were ultimately abandoned when writer Arthur C. Clark (or was it Sagan? Or Kubrick? Nobody is quite certain anymore) came up with the rather bold suggestion not to show the aliens. In the process, they created one of the most alluring and allusive screen presences (or lack thereof) in science-fiction history, and would give critics fuel for decades to come regarding why it’s better not to show aliens (Spielberg, they were talking to you, unfortunately… twice).

The article below is meticulously researched and without being overwhelming nonetheless expertly documents those years of design and research, in the process capturing an intriguing bit of behind the scenes wonder about a film that still continues to provide intellectual riches 45 years on. Looking at some of the designs makes me restlessly hopeful that Warner Brothers will finally approve Douglas Trumbull’s long gestating documentary about the film, Beyond the Infinite: The Making of a Masterpiece (see the embedded video below).